What is "formulation design with organic conception diagram"?

For more effective development of formulation

Our company has conceived "The emulsification formulation design method using the organic conception diagram" as was detailed in 1950, and efficiently provide with a emulsifier and formulation that fills the needs of the customer.
The formulation designing method includes the prediction of emulsion properties in addition to information on temperature stability and the method of its correction.
If they were skillfully utilized, it would be possible to effectively develop intended formulas with minimal emulsification tests.
This page introduce the summary.
We would be happy if your perusal of this page was to prove useful to the formulation researchers.

About an organic conception diagram

The "Organic Conception Diagram"* has been widely applied especially in the field of environmental chemistry, pharmaceutical chemistry, etc. as means that express the property of organic materials that feature relatively complex interactions. Since then we discover of the fact the Organic Conception Diagram provides a sure guide for assessment of a surfactant, we judge properties of matter of the emulsion visually, by finding a value of "Organic Value" and "Inorganic Value" from chemical structure. Judge by expressing each two-dimensional plane of raw materials included in the emulsification prescription as a point in the planes.

*Regarding the details of "Organic Conception Diagram", please refer to "Qualitative analysis of organic substance: by Makoto Fujita", etc.

In the principles of Organic Conception Diagram, the property of a compound in terms of physical chemistry is considered in such a way that the property that depends much on Van Der Waals force is called "Organic nature" and the one that depends much on electric affinity is called "Inorganic nature".
Thus considering the property of a compound is expressed by a combination of two characteristic values, organic value = OV and inorganic value = IV.
Accordingly, one can easily imagine that the characteristics of an organic chemical compound can be predicted by identifying the characteristic values of the OV and the IV that are inherent to each compound.
When the data from a large number of chemical compounds are marked on the Organic Conception Diagram, various trends specific to that property are found in each region of the two-dimensional plane.
Conversely, it could mean that if the organic value and the inorganic value of an unknown compound were determined from the structural formula or other factors, the characteristics of the compound could be predicted.

The design of formulation using the organic conception diagram indicates the type of formula established and enables prediction of the properties, the feel of use from the visual rearrangement of positions of the ingredients located on the organic conception diagram, and the tendency of the mixed quantities, in accordance with the procedures described below: The predication of properties is made by first arranging "types of formulas", "tendency of the quantity of surfactant" then by applying the findings to the "Tendency list of quality and quantity".

Organic and Inorganic values of ingredients are determined and located on the organic conception diagram.

To determine the balance of surfactant visually easily, enter two lines which divide the angle formed by the axis of least α material among ingredients and inorganic axis, into three equal parts.
(In the method of organic conception diagram, in particular, the word "surfactant" denotes all ingredients other than oil having the smallest polarity [α small] in the formula and Aq with the largest polarity [α=90°], irrespective of the properties of actual ingredients.)

The types of emulsion (Type A or Type B) are classified by where the most mixed quantity of surfactant is located on the organic conception diagram and how the mixed quantity is distributed.

Fig.5 Classification of the Types of Formulas
by Quantity of Ingredients

Fig.6 Classification by Positions of Ingredients

In the design of emulsion formulas using the organic conception diagram, the properties of emulsion, temperature stability and the feel of use are predicted by the above mentioned classifications, and in reference to our "tendency list of quality and quantity".

Fig.7 Analysis example by the model
of the established formula

*Our company therefore conducted emulsification tests by giving a variety of parameters to typical formulas consisting of mineral oil, nonionic surfactants and water, and the results obtained were compiled into the "tendency list of quality and quantity". It has been shown that the list is in high agreement with the general properties of formulas and tendencies despite the evaluation of limited formulas. 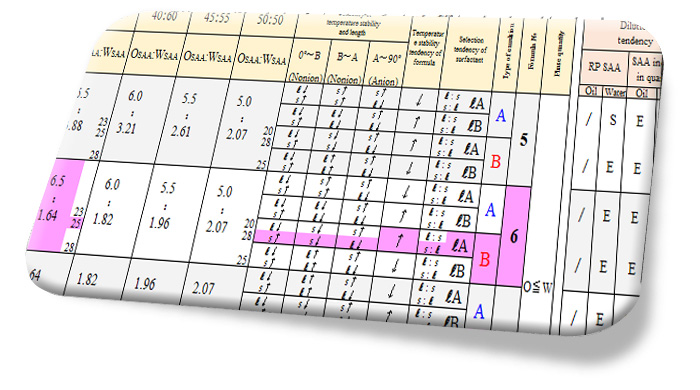 Fig.8 Tendency list of quality and quantity (to pick out)